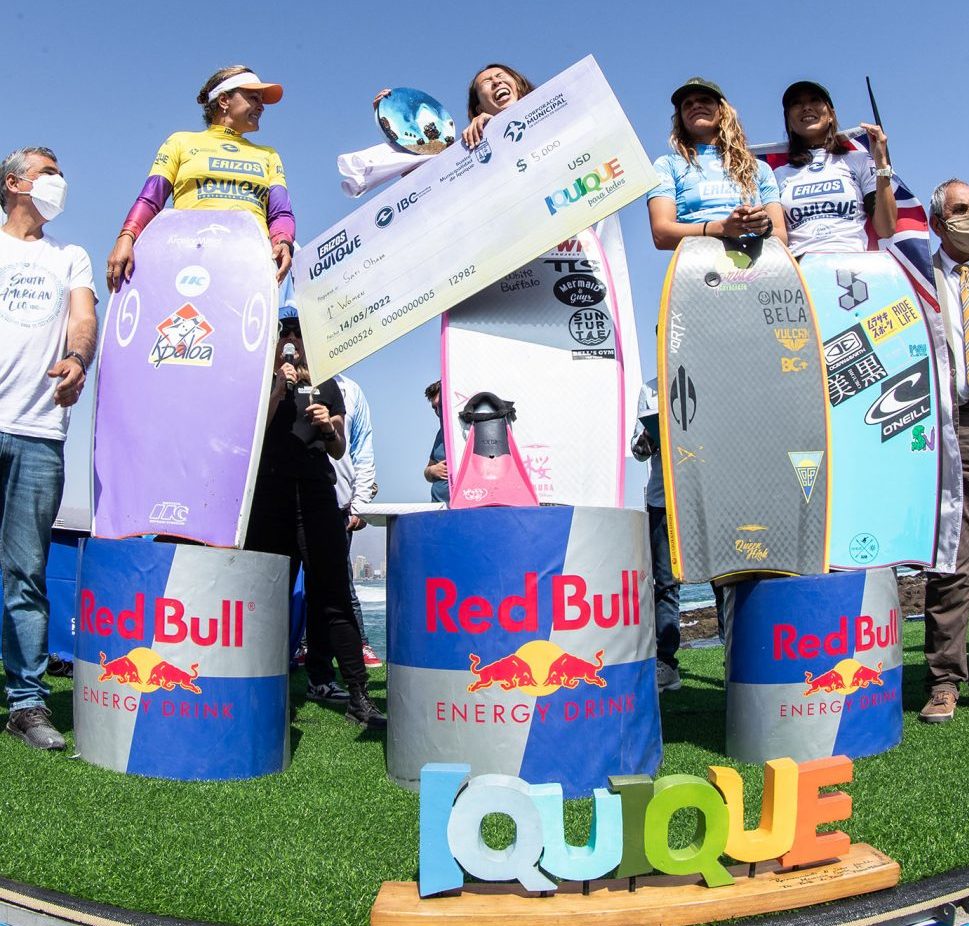 Sari Ohara and Tristan Roberts, current world champions of the woman’s and men’s dvisions respectively, both won their dvisions at La Punta 2, Bellavista beach in Iquique.

In the men’s final, South African Tristan Roberts (who eliminated the defending champion Alan Muñoz in the semifinals) showed his experience and hierarchy where he performed two spectacular maneuvers with a perfect wave of 10 points and another of 9.50, winning the final over the rider from the Canary Islands, Lionel Medina with a final score of 19.50. Iain Campbell and Alan Muñoz finished third.

After his brilliant and almost perfect finish, Roberts, who pocketed US$5,000 in prize money, said that “These waves are one of my favourites in the world, super technical, very fun, look at this crowd, it’s crazy how they support bodyboarding and Chile is amazing in general.”

“It’s unbelievable, it’s one of the biggest events I’ve been to in a long time. We love to return to Chile and Iquique to see an audience like this, there is nothing better,” he added.

In the women’s competition there was an exciting final between the Brazilian Neymara Carvalho and Japan’s Sari Ohara, who with a score of 11.75 won the crown. Coming in third was Ayaka Suzuki and Isabela Souza

“This is my second time in Iquique, I’m really happy. People have always received me very well,” said Ohara. “Whenever I come to Iquique I feel very good, everyone is very nice, it’s nice to visit, it’s safe, the people are wonderful, the food and the waves are good,” added the recent winner of the Erizos Iquique Bodyboard Pro 2022 who also He took home a prize of US$5,000.

Finally, the mayor, Mauricio Soria, took stock of what was the great week of competition and indicated that “I want to thank everyone who made this beautiful event possible in the El Morro neighborhood. This event represents the Iquiqueños and Iquiqueñas, this is what we are and we show it to the world”.

All photos by Cristóbal Sciaraffia