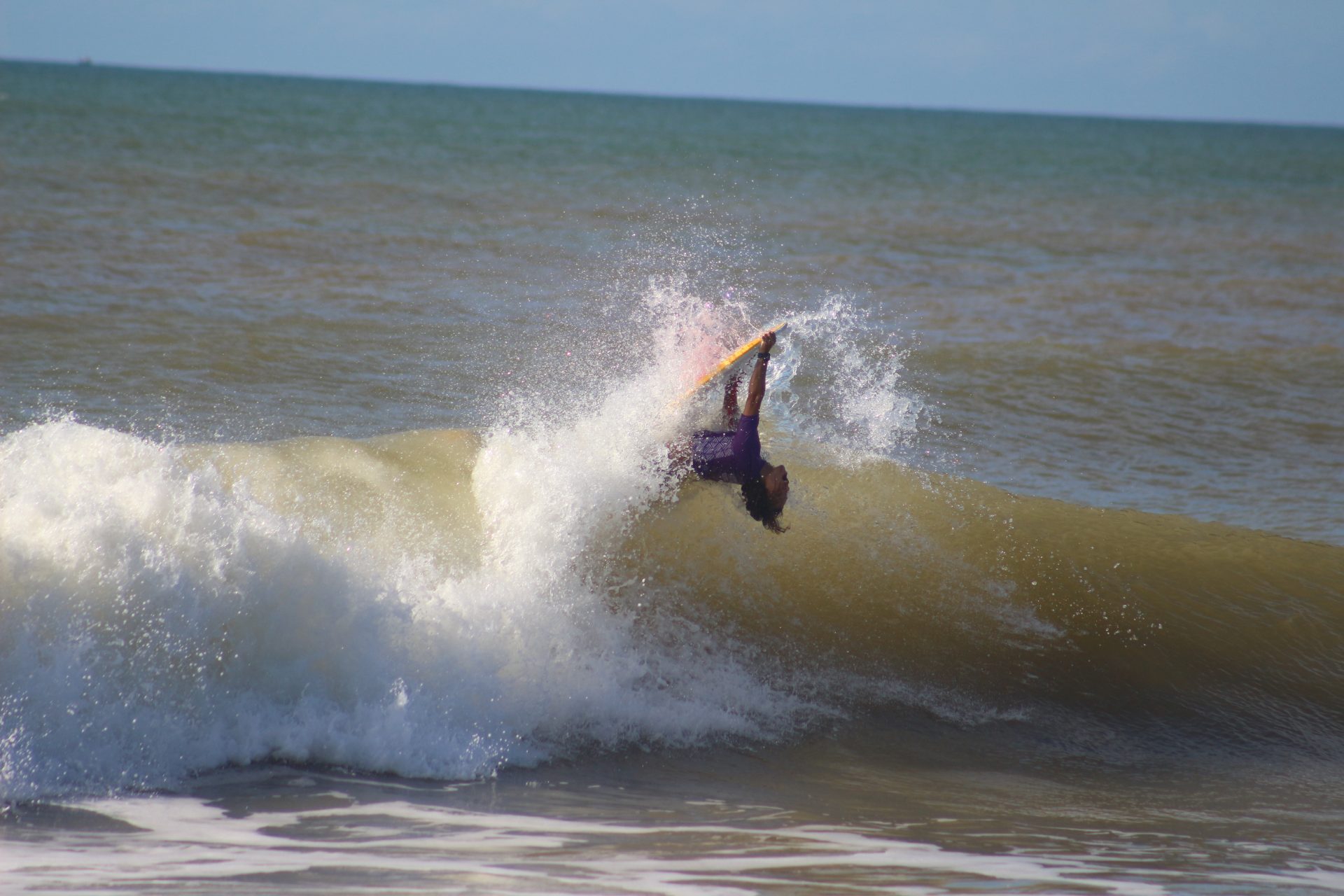 After a day of waiting, the best athletes in the world returned to the sea from Jacaraípe beach, in the city of Serra, on the coast of Espírito Santo. On the second day of ArcelorMittal Wahine Bodyboarding Pro disputes, this Thursday (23) the Brazilian women dominated the three categories, Women, Masters Women and Junior Women, in a stage dispute of the world championship of the modality for women only.

This Thursday’s highlight was for the debut of Isabela Sousa. Four-time world champion, Ceara, who leads the ranking of the season, began her career in the competition with the highest sum of the event so far, 15.75 points. Isabela entered the third heat of Round 4 and pulled out a 9.00 note to open the heat. His second score, a 6.75, gave him the score needed to advance straight to Round 6 without facing a repechage. “I managed to find a good wave. In the beginning I was anxious, because it was my first heat in the championship, but I reached a high note to pass”, said Isabela Sousa.

Like Isabela, Japanese Sari Ohara and Brazilian Juliana Dourado also won their heats from Round 4 and went directly to Round 6. The last victory of the fourth phase went to the five-time world champion and host of the event, Neymara Carvalho. Surfing with great confidence, Neymara won the heat in which she competed with her daughter, Luna Hardman.

“In the beginning of the heat I had some difficulties, but I found good waves. In the end, what I needed came and I knew what I had to do to pass. I’m happy that Luna still has one more chance in the competition and I’m even more happy to have gone straight to Round 6”, joked Neymara, shortly after getting out of the water.

In the next stage, the repechage, Luna recovered and advanced to the sixth stage of the competition alongside the two-time world champion Soraia Rocha. At the end of the first five phases, 12 athletes are still fighting for the title in the Professional category: Juliana Dourado, Maira Viana, Luna Hardman, Dalete Mousinho, Isabela Sousa, Joselane Amorim, Neymara Carvalho and Soraia Rocha, from Brazil, in addition to the Portuguese Teresa Padrela and Madalena Padrela, the Japanese Sari Ohara and the Chilean Paloma Freyggang.

Luna shines in the Junior category

In addition to making it to Round 6 of the Pro, Luna Hardman shone in her debut in the Pro Junior category. Current leader of the world ranking in this category, the capixaba won the first heat in which it disputed and also won spots in the semifinals in anticipation. The same happened with Isabelli Nunes, from Paraná, who won the second heat of the day at Pro Junior.

Defined Round 4 of the Master category

Thursday (23) was also a lot of emotion in the Round 3 disputes of the Master Women’s category. The eight heats of the phase defined the 16 classified for the fourth stage of the ArcelorMittal Wahine Bodyboarding Pro. The most awaited heat of the day put the sisters Isabela and Mariana Nogueira in the same dispute. And the two did not disappoint and guaranteed qualification for the next phase.

“It is very emotional to participate in this event. I even cried with the crowd in the sand screaming. I went back a few years from my past and it was awesome to feel it. Best of all, we caught good waves. I’m 52 years old and I like to talk, because I show women that it’s possible to keep having fun”, said Isabela Nogueira.

“Now we are realizing a dream. We have the Junior category, which is the renewal of the sport. There’s the Master that shows that anyone can ride a wave and play sports. And, of course, the Pro athletes, who raise the bar. We have to thank Neymara and all the sponsors of this championship”, stressed Mariana Nogueira.