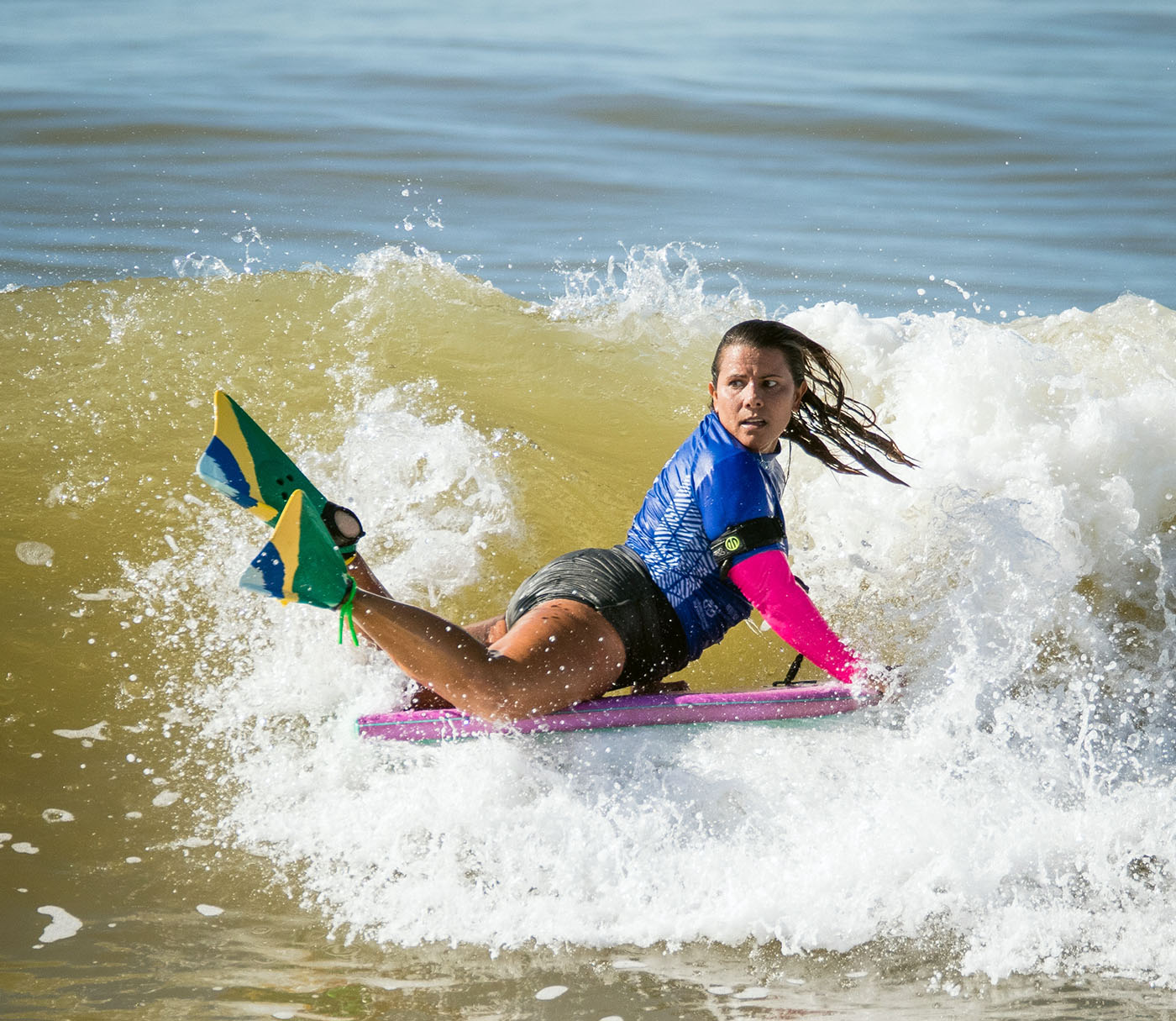 Lots of emotion and a real bodyboarding shown in the waters of Jacaraípe Beach on day 3 of ArcelorMittal Wahine Bodyboarding Pro. The first two 10’s of the women’s exclusive world championship were awarded. The semifinals of all categories are already formed and this Saturday the champions of the event will be known.

The Brazilians continue to dominate the waters off the coast of Espírito Santo and will be the majority in the decision. Leader of the world ranking, the four-time champion of the circuit, Isabela Sousa secured one in the semifinals and will compete for one of the spots for the final in the Professional category with the five-time world champion and host of the event, Neymara Carvalho. The other semi will have the clash between the Japanese Sari Ohara, third in the ranking and world champion in 2019, and the Brazilian Maira Viana.

“I am so happy. It’s very difficult to compete and be backstage, but it’s a great feeling. I get a lot of messages from girls around the world, and they always tell me that they would love to be here. I can’t express in words the gratitude I feel for so much affection. I thank God a lot for everything the sport has given me. I’m happy to have reached the semi, but I want more”, said Neymara after the victory in the quarterfinals.

Grades 10 in the Female Master

After the disputes in the Pro category, the Master batteries took over the waters of Praia de Jacaraípe. Friday (24) was full of great performances at sea. Early on, Isabela Nogueira showed all her talent and set new records in the competition. The carioca opened the Round 4 heat with a 9.25 and then got the first unanimous 10 of the event. With 19.25 points, Isabela scored the highest sum in the championship so far.

However, in the quarterfinals, Isabela lost to the Portuguese Catarina Sousa, who in the semifinals will face Isabela’s sister, Mariana Nogueira. The other semi will be composed by Francis Aoto and Joselane Amorim. In fact, it was in the last heat of the quarterfinals that the second 10 of the championship came out. Joselane found one of the best waves of the day and surfed a lot to get the maximum score.

“I’m super excited for the semifinals. I managed to catch a good wave, which opened well. Now it’s time to rest for the final, concentrate a lot and do what I love. I was very emotional”, said Joselane.

Saturday will also be a decision in the Pro Junior category. Leader of the ranking, Luna Hardman, from Espírito Santo, wants to expand her lead and in the semifinal she will face fellow countryman Bianca Simões. In the other dispute, Isabelli Nunes from Paraná faces Gabriela Penha, in another Brazilian duel.

ArcelorMittal Wahine Bodyboarding will make history once again. It wasn’t enough to be a stage of the world championship exclusively for women, for the first time a world competition of bodyboarding will have a battery dedicated only to PDC athletes (Persons with Disabilities).

There will be four athletes in this condition, including Érica Rodrigues, 28, from Espírito Santo, who does not have her left forearm and will compete for the first time. Athletes Cintya Belly (PE), Tiana Dantas (PB) and Mariana Gesteira (ES) will also compete in this heat, who is a swimmer for the Brazilian Paralympic Team and even closed the Brazilian Swimming World Cup campaign with a flourish. Paralympic, held last weekend, in Portugal.

Who's excited for the 2022 @pridebodyboards @annae

@jorgeehernandezz_ is the 2022 IBC Pro-Junior Worl

What is your best memory from the 2022 @ibcworld_t

Please go to the Instagram Feed settings page to create a feed.