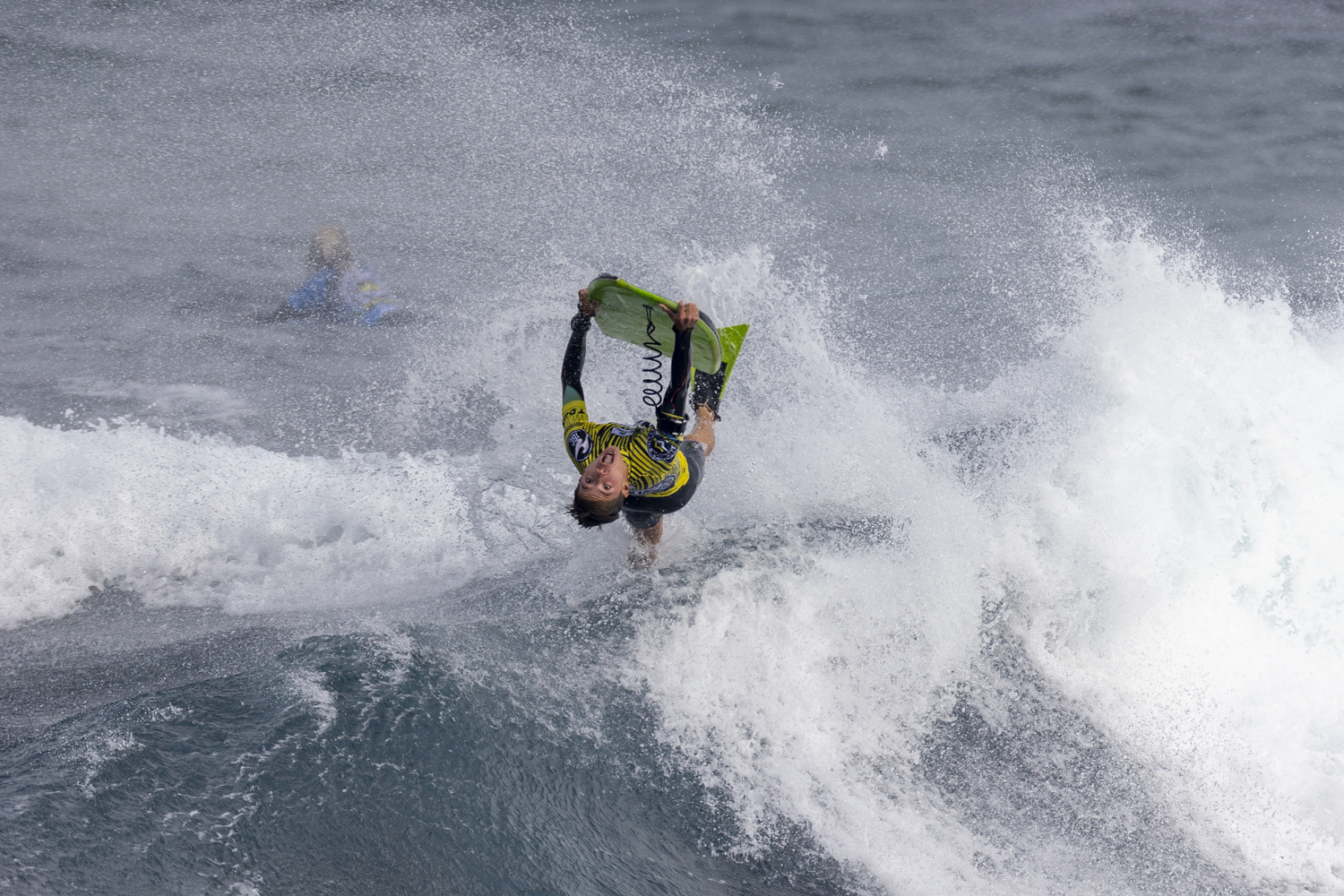 Today saw the event get started with Junior rounds 1 and 2. This would be the first heats towards crowning the 2021 World Junior Champion. With 58 young riders signed up, competition would be fierce from heat 1.

Difficult conditions saw the local riders shine, with Abner Machin scoring an impressive 9.17 ride during his heat. Both Gabriel Molina and David Perez were also riding very well. Micheel Brayan, from Peru, showed that it wasn’t just a locals only affair with a solid performance in his heats.

Although the locals were showing off their knowledge of El Fronton, the mixed field of riders from Peru, Chile, Hawaii, Portugal, Romania and Brazil, all put on solid performances in their heat. Stand out was Micheel Brayan, from Peru, who put on a great performance to sneak by the locals to win his first round heat.

Whilst day 1 of the contest featured the Juniors, the Open division will take to the water on day 2 with a 83 rider field, all chasing the elusive King of the Fronton title. Riders such as current world champion, Tristan Roberts along with former world champions Pierre Louis Costes , Amaury Lavernhe and Dave Hubbard will take on the likes of local bodyboarders such as Lionel Medina , reigning Fronton King Lionel Medina, Borja Granados , Spanish champion Jonathan Vega , Alejandro Barbosa and Kevin Orihuela, just to name a few.