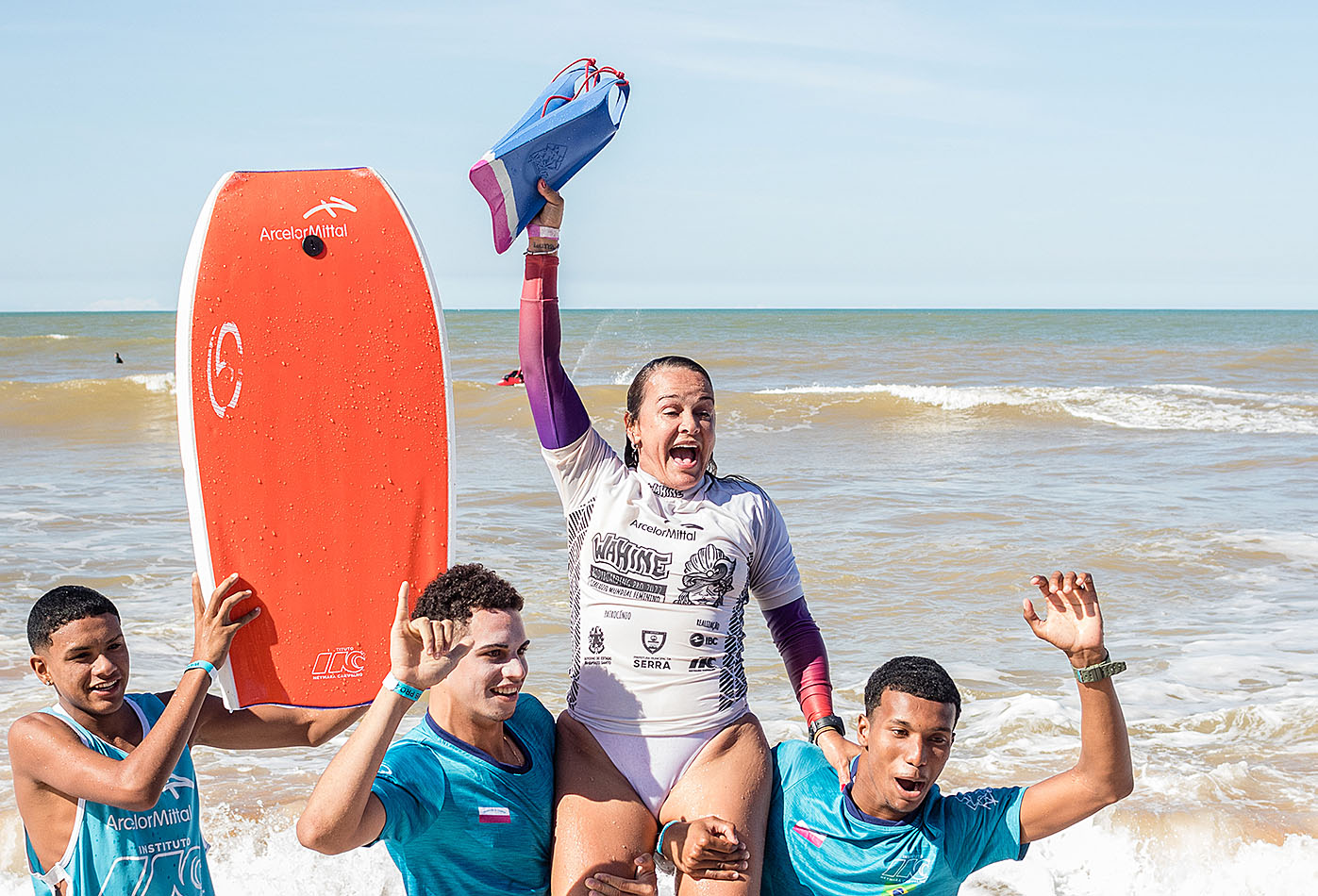 Neymara Carvalho, Mariana Nogueira and Isabelli Nunes won the titles in dispute in the world championship exclusively for women, held in Serra (ES). At Praia do Jacaraípe, the three were the winners in the Professional, Master and Pro Junior categories, respectively. They will be forever marked in history as champions of the unprecedented stage of the World Cup in the sport.

Saturday started with the semifinals. In the Professional category, Japanese Sari Ohhara, third in the ranking and world champion in 2019, got the better of Brazilian Maíra Viana. In the other semifinal of the category, Neymara Carvalho was better and eliminated the also Brazilian Isabela Souza.

In the Master, the highlight was Mariana Nogueira, who won a 10 to take the Portuguese out of contention. The other spot in the final went to Joselana Amorim. The good performance since the first heats prevailed to eliminate the also Brazilian Francis Aoto. In Pro Junior, the final was composed by Luna Hardman, daughter of Neymara Cavalho, who eliminated Bianca Simões, and Isabelli Nunes, who sent Gabriela Penha.

The professional final was marked by great balance. Japan’s Sari Ohhara reached the highest score in the clash with Neymara Carvalho. However, the hostess prevailed in the waters of Praia do Jacaraípe. Ohhara got an 8.40, but Neymara won an 8 and a 7.50 to add 15.50 in total and beat the “gringa” by just 0.35 points.

“It’s too much emotion. This is the most important championship of my life. After Luna was born, I said that the world title I won was the most important for everything that involved that moment. And now competing and running the event, thinking about various things. It’s very difficult, but it’s so satisfying that I have no words. I would like to thank once again all the girls who came”, said Neymara Carvalho.

Another spectacle was the decision of the Master category, with two Brazilian bodyboard legends in the water. Mariana Nogueira and Joselane Amorim made a beautiful ArcelorMittal Wahine Bodyboarding Pro, proved by the tight result in the final. Better for Mariana Nogueira, who got a 7 and 6 to add 13, 0.75 more than Joselane.

“I didn’t expect this title. I came so calm to honor Ney. She went well, the waves came, I had a lot of fun. I’m here for the sport, honoring Ney and all the girls who came. This event was historic”, said Mariana Nogueira.

In the Pro Junior decision, Isabelli Nunes won, with a sum of 14.75 against 12.75 achieved by Luna Hardman.

Who's your pick for the win at the 2022 GranCanari

Who will be the 2022 IBC Bodyboarding Men World Ch

Please go to the Instagram Feed settings page to create a feed.